Everyone deserves true love and appreciation, even those who belong to our beloved LGBTQIA+ community. Being a true friend to LGBTQ people is easy once you understand where they’re coming from.

That happens when you follow some steps below. These steps make you a great human being in the long run as well.

Steps To Becoming A True Friend To LGBTQ People:

Educate yourself about them

There is a whole new vocabulary when it comes to LGBTQIA+ people. You must teach yourself that. For example, begin reading the full of LGBTQIA+ itself, which stands for: 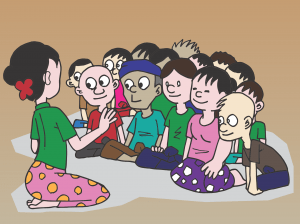 Similarly, many people in such a community use their own pronouns. You have to respect that when you’re directly addressing them in any conversation. Know about it only after reading several books on how their salutations work.

Be patient with them

Do not ever force any LGBTQ person to come out of the closet. Many times, you, as a friend, might know that the concerned person belongs to that community. Their sexual orientation is different than yours.

All you can do at this moment is open a necessary dialogue with them if they feel confused. Talk to them directly about upcoming issues like a true ally of LGBTQIA+ people.

Nonetheless, do not compel or force them to declare their sexuality to the world, especially never online, without full assurance. Give your LGBTQ friends some space when they need it.

At times, they are too stressed because of constantly looking and prying eyes from the public. They find relief in being alone but having a true friend to the LGBTQIA community is also important for them to have.

Show your support – do not just talk about it!

LGBTQIA+ people often seek more love, attention, care, and affection. Like a true friend to LGBTQ people, you must always act as per your words. Do not misguide them. They are already very sensitive people from the inside after being judged and mocked for years. 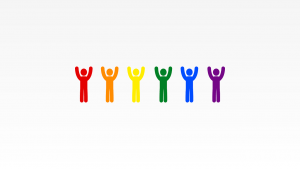 You can show them support by donating to their welfare programs. Then, you can join hands in the Pride Month parade in June every year. Another way to support them is to spread awareness in your neighborhood.

Ensure people are aware that LGBTQ people are humans too. They need equal respect, worth, and power in their position. When you show your support, like I am doing this, by writing this blog post, it gives you a strong message to the world.

That is: your LGBTQ+ friends are not alone. Even if it resonates with that one friend you have wanted to confront for so long. What matters to such people are caring actions and gestures over empty and worthless words.

Addressing your LGBTQIA+ friends could be cumbersome at first. You might be confused about what to address them with. With time, you recognize their personality shifts, and accordingly, you can address them by any suitable pronoun.

Keep in mind that pronouns matter to your LGBTQ+ friends. It is a universally accepted fact and has been proven over time. People are becoming more aware of themselves in non-linear terms.

That is why they use he/him or her/her/ or she/him etc. in their bio profiles on most dating websites. This process is often used to clear the mist of their communities, supported by them individualistically.

Strangers address these LGBTQIA+ friends more sophisticatedly after knowing their pronouns. This practice could be ice-breaking for you as well.

Respect the space they need

Some people need space to work things out. They are not their best to confront their sexuality in front of cis-gender (straight people). However, do not forget to keep reminding from time to time that you’re their faithful ally.

Send them messages and show them your support. But do not be on the face. At times, LGBTQIA+ people are defensive of making new friends from cis-gender communities. That happens because they have been misjudged and bullied by that community most often.

It takes time for them to trust cis-gender people in general. That is why you need to respect their space and privacy. If they ask you to give them some time, let them get back to you.

Do not judge them

To be a true ally to LGBTQ people, you must stop judging them or their attire, mannerisms, or actions. Some of them might be recognized as male but act feminine, or vice-versa. Then there are drag queens and drag kings in the community.

The LGBTQIA+ community is colorful for a reason. Therefore, if you really want to help and be a true friend to LGBTQ people, stick around and don’t judge. Watch or observe them. See what’s their strength and weakness. Help them as you would do for any cis-gender friend of yours.

Remember that LGBTQ people are humans too. They think, feel, and live like any other human. Their expressions, dressing sense, or orientation differ. But they could be the best support you ever had in your life.

Truth be told, straight cis-females crave having a gay best friend in their life. It makes the best of friendships ever possible. Movies have also been made on concepts you can explore, like Dostana starring Priyanka Chopra Jonas, John Abraham, and Abhishek Bachchan.

Do not just sit and watch when bullies bully them

Being patient, respecting privacy, and restraining yourself from judging does not mean you do not act when needed. Whenever you see an LGBTQ person getting harassed or bullied, stand up for them.

You must be proactive for the entire community to change their perspective about straight cis-gender people. That only happens when you talk about their issues offline or on social media.

Whenever there is an incident, and you know that you have the power to change the circumstances, do it. Be responsible and smart as a citizen of your country.

This is not only for supporting your queer friends like a true friend to LGBTQ people. It applies to being a generous and helpful person in life.

Do not boast about supporting Pride month and its people

Supporting LGBTQ people does not mean that you start gloating about it unnecessarily to other people. For instance, there are still millions of homophobic people across the world. You cannot just vouch for LGBTQ people in front of those who are scared of them. 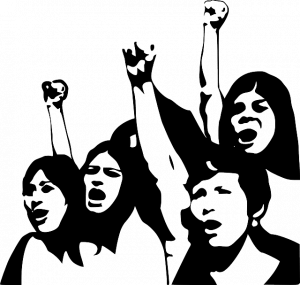 Reasons could be many, some personal, some unidentified. But again, you have to be calculative and empathetic whenever you support a community or a cause. A true friend does not go on irritating other community people. It will only make the LGBTQ people look bad.

You have to evaluate whether the other person is up for listening to you. And if you’re joining a protest for LGBTQ rights and privileges, that is another thing. You need to talk, shout, protest, and vouch for those people – being a true friend to LGBTQ people.

However, keep your opinions and cases regarding LGBTQ friends to a limited zone and scenarios. Have an approach to teach and educate straight cis-gender people about the lives of your LGBTQ friends if you want to support them.

But do not go on about listing their achievements and tragedies in front of your neighbors or family members, who don’t incline towards that community. Start small and do not overload your people with information about LGBTQ+ people.

Be there for your LGBTQIA+ friends when in need

Just like any other friend, these people will need you once they establish the belief that you’re there for them. They will reach or contact you after a certain level of trust. You can also meet them on online apps, sites, and groups. 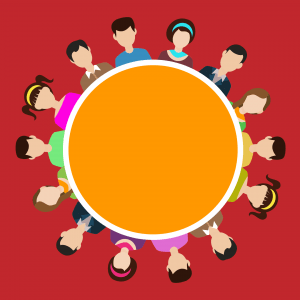 Participate in active listening skills when they reach you. Try to gauge their real problem and see if you can help them in any way possible. Do not turn a blind eye to their helplessness. Show your true support when they need you the most by being an active listener.

Give your opinions when they ask, and do not again boast about it on social media. Learn to keep things private with your LGBTQ+ friends, as they are often introverted about their personal life.

Know the signs of depression, anxiety, or similar psychological disorders

Be a true friend to LGBTQ people and know if they’re becoming anti-social. Be aware of the signs that indicate the imbalance of their psychological mindset. 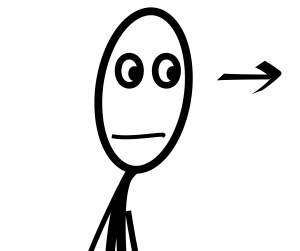 If they are talking less, consuming substances more than allowed, and not answering calls at appropriate hours, there might be something wrong.

If these people are in your office, class, or gym, observe them after befriending them. But don’t turn stalkerish about it. Just have a genuine concern for those people because often such people have no support when living in full-blown straight cis-gender communities.

Reach them when you think that they are having multiple imbalances in their typical behavior or attitude. Practice gratitude, compassion, and care with them without asking for anything as such in return.

This is your chance. Take it and cherish it. Be a true friend to LGBT people today by exercising the dos and don’ts above. 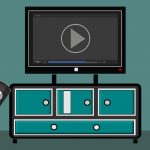 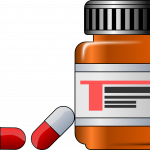