Alas! 2020 was the first year since 2009, depriving Marvel fans of a single MCU movie. But fret not Marvel zealots; 2021 and 2022 will bring you unparalleled excitement as MCU continues to move on in new and exciting directions.

After much anticipation, Natasha Romanoff’s film Black Widow will finally come out on Disney+ Hotstar on July 9, 2021. Starring Scarlett Johansson, it has been a long-awaited movie since 2020 but was postponed repeatedly, much to the dismay of the fans.

The film will introduce other spies and the villainous evil Taskmaster.

The movie will expose her real family before Avengers. We will pay a visit to the Red Room, a much-talked-about human-killing machine making factory where she received her training.

The movie is anticipated to highlight clear answers to things that transpired during the Budapest mission. Hawkeye and Black Widow have shared many anecdotes about it.

You will know if you have already watched other Marvel movies before this one. Your previous experience will build up immense excitement for these five upcoming Marvel movies like Black Widow (2021).

2. Shang-Chi & the Legend of the Ten Rings

With Marvel’s importance on boosting representation, grounded yet mind-blowing action, and highly talented cast, this film has our bets to be amongst the best Marvel movies to date compared to the ones set to release soon.

It will get a theatrical release on September 3rd, 2021.

The promising cast includes Awkwafina and Sim Liu. Both artists impressed us with their previous performances in minor screen roles.

New arrival (superhero) in MCU, Shang-Chi, promises to delve deeper into the organization to unveil the real Mandarin, a formidable new foe to become a key player in the future of the MCU after Thanos’ end in the Avengers: Endgame.

Also read: Shang-Chi and the Legend of the Ten Rings Releasing Exclusively to Theaters For 45 Days (ign.com)

Refer to this Spider Man No Way Home full movie as the most exhilarating featured film from the list of five upcoming Marvel movies.

This franchise hasn’t failed its fans until now. From teenagers to young adults, all enjoy the journey of Peter Parker (our dearest Spidey).

It will continue from the second movie, which exposed Peter’s identity as “The Spiderman.” Benedict Cumberbatch will join as Doctor Strange and Jamie Foxx in his villainous role as Doctor Octopus.

There is speculation that the Spiderman multiverse or Spider-Verse will finally come to light in this movie, raising the hopes of many fans.

The rumors also suggest the likelihood of teaming up the villains and forming a Sinister Six, which could explain the casting in the movie.

The movie will also answer the questions we all had after the second movie – Will Peter Parker become a fugitive? How will he earn back people’s trust? What will happen to him and MJ?

Also read: Emma Stone to return as Gwen Stacey in Spider Man No Way Home? Actress says ‘don’t know if I can say anything’ | PINKVILLA

Set to release on 11th February 2022, it is the 4th Thor movie, and the best feature about it is – A Female Thor, Jane Foster, played by Natalie Portman.

Previously, she played a damsel in distress in the movie The Dark World. Now, we expect to see some of her too-hot-to-handle action scenes in this one.

There is speculation of MCU vouching for romantic-comedy in this movie. So, it raises the only excitement for viewers and Marvel fans like us to watch Thor and Jane play out their sizzling on-screen chemistry.

Plotwise, Thor might finally get out of this depressive period. That too might be with Jane Fostér’s help in this lot of five upcoming Marvel movies to watch out for.

It will be endearing to watch the Mighty Thor become Mighty from his mind once again.

Last but not least, it’s possible that at least one of the members of the Guardians of the Galaxy has a cameo.

As per netizens and their gossip, Rocket will have an interesting and vital role in Thor’s life in this movie. This is especially after their improved bond during Avengers: Endgame.

5. Doctor Strange in the Multiverse of Madness

Benedict Cumberbatch made multiple appearances in other Marvel movies ever since his debut in Doctor Strange (2016).

This movie will be a sequel to the first edition of Doctor Strange. Well, it’s pretty obvio!

Marvel fans are overly excited for this movie for several reasons, as it will introduce a never-seen-before ‘psychedelic’ addition to the MCU.

Without qualms, we say that this movie is Marvel’s first horror film. With director Scott Derrickson, maker of Sinister, the movie will be a treat to watch with his renowned horror skillset.

A hint at the madness is the villain, Nightmare, described as dark and fascinatingly crazy with unprecedented superpowers, making him one of the best MCU villains.

He is the ruler of the dream dimension and lives off of human fears.

It will be exciting to watch our favourite Doctor Strange defeat him.

Safe to say, the five upcoming Marvel Movies are bound to compensate for the year 2020. They are here to introduce us to some never-seen-before action in the Marvel universe especially. This is, after all, the Phase 4 of Marvel movies.

At a general note, if you want to understand every Marvel movie, it’s better you start watching those as per the defined Marvel hierarchy. The list is available online for anyone to see. Start from Phase 1 of Marvel Universe to understand everything till this moment.

It’s eventually for the betterment of your overall cinematic experience.

Other upcoming Marvel movies and cinema news to read:

Watch the Best of Marvel Movies and Series exclusively on Disney+ Hotstar.

Dark Netflix Review: A big no-no? or a hit? – Popularity

Give us your precious and original feedback now.

We are waiting what you want to hear and read from us from hereon.

See you next time with super-duper & amazing content to read.

Ishita Goyal is a clinical psychologist with a wide range of interests. She is currently working as a therapist for children with speech and learning disabilities. She has conducted researches on animal therapy, domestic violence, COVID-19, LGBTQI+, and much more. She is a vibrant human who believes in altruism and practices person-centered therapy. She is very ambitious and wants to work with United Nations one day to help others and make their lives better. She loves to write and wants to write someday storybooks and fairy tales for children to help develop them socially, emotionally, and morally. 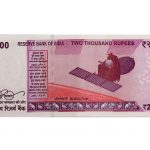 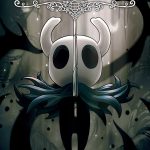