Since the inception of computers, people created and played video games as a refreshing entertainment experience. But when something touches you so deeply, like a profound experience, it is no longer a video-game, but can rightly be called a piece of art. Hollow knight is like one of those rare gems, which is no short of a majestic art piece.

Developed and produced by a team of indie developers from Australia, who go by the name of Team Cherry, Hollow Knight is a Metroidvania set in a world of bugs and other look-alike critters. The player engulfs the role of a black creature with a white bone-like horned mask.

So, if Hollow Knight sets a new threshold for the Metroidvania genre, can we be sure?

Let us delve deeper and dissect the game bit by bit to find out right away!

What Defines A Good Metroidvania?

A good Metroidvania is quite vague, proffering little or no guidance to the player. The player is in a world of seemingly endless non-linear paths to explore and figure out on their own.

Also read: Which games will you put in the Metroidvania genre?

Going by a good Metroidvania game definition above, this is exactly what Hollow Knight gameplay provides. It takes the Metroidvania genre and hammers it down, perfectly striking a nail in one go.

Unlike many games that claim to be of the Metroidvania genre, Hollow Knight sets a threshold for the genre to which future games will objectively be always compared.

The kingdom of Hallownest consists of a large, very large world to explore with multiple paths that are not strictly locked away, allowing players to explore a bit.

Still, as players go deeper down a path, they meet a monster–too strong, or a ledge–too high to reach. It’s the quintessential way of Metroidvania games telling the player to backtrack to other ways.

Many optional rewarding paths loop back to the original main path, saving time in a very clear, well-thought map design.

Essentially, the Hollow Knight map couldn’t have been designed better.

First of all, this game interests me on a personal level. You all will see how this game has a high grip on my mind and reflexes as a gamer. After a detailed review below, one can easily gauge whether Hollow Knight sets a new threshold or not.

If any doubt about the game, its review, don’t ever shy to talk to me about it.

The art style consists of beautifully hand-drawn bugs and beetles, metaphorically taking inspiration from the insect family. The player must travel through the depths of this ancient kingdom (brought back to life recently) called the Hallownest.

From beautifully lush Greenpath to a sinister Deepnest and Distant Village, all of the biomes feel like a breath of fresh air to eyes, if eyes were like nose, or lungs, so to say. My personal favorite is the City of Tears (the capital city of Hallownest); it is just dead right beautifully drawn.

The gameplay to know whether Hollow Knight sets a new threshold may feel a bit loose at first, but after a while gives a solid, tight feel, with a satisfying and more or less forgiving combat system.

The jumping, attacking, dashing and all other various actions are precisely responsive and feel pretty gratifying. In addition, the monsters are diverse, biome-specific, with their own niche attacks and attack patterns, forming a smooth ladder of difficulty.

Some of the gameplay mechanics include using the “soul” to focus and heal up lost health or to cast powerful spells.

Soul is gained by striking and defeating enemies and forms a central part of the gameplay. Another gameplay mechanic uses “charms,” which are ways to augment your player. A set number of charms provide various effects after equipment, such as straight-up health or power boost.

Charms can only be equipped and unequipped at a bench or a table scattered throughout the game, serving as the resting or saving hubs of the game.

There is no clarity to choose a perfect way to go, but through rigorous exploration, the player powers up and progresses through the game.

A player can effortlessly put 40+ hours into the game and still not be finished with all the extra stuff.

As I mentioned earlier, the Hollow Knight game map is huge!

Exploration is hugely satisfying and rewarding, with no dead-end feeling useless or not worth backtracking for.

Taking your time to digress and working your way through the kingdom of Hallownest can reward the player with charms, explore health and soul containers. There are also tiny worm-like insects called “grubs,” scattered throughout the map, which serve as another collectible.

There are rewards, saving every grub, and progressively getting better. The player and enemies use giant nails as their weapons.

The player’s nail is also something that’s waiting for an upgrade and augmentation with charms and (other) abilities. There are various side quests, post-game things to explore, multiple endings that vary from bad to decent to best ending.

Perhaps one of the most immersive experiences of Hollow Knight is its boss battles done right. I would comment that Hollow Knight sets a new threshold as it features over 20+ boss battles, each with its unique feel and tactics. Then, the game difficulty ramps up very generously with an ever-improving learning curve which at no point feels saturated.

With a correct charm strategy and repetitive trials, every player should grasp the attack pattern of bosses and win the game. The game also features a section dedicated entirely to bossing, with more complex versions of previously fought bosses.

Honestly, what makes me as a gamer think that Hollow Knight sets a new threshold is the fantastic background soundtrack. Composed by Christopher Larker, every biome and battle have unique music that gives it a fresh feel and brings the game alive.

During biomes like caverns and underground, the soundtrack takes a nice, slow setting which sets the player in an exploration mood by taking his time to savor the various paths.

Some soundtracks are effectively gripping, like the sinister sounds in Deepnest, which give it a GOOD horror feel. Then there’s the gloomy soundtrack of the City of Tears that sets a depressive atmosphere for the city where the rain never stops.

The game uses a single currency known as Geo, dropped by enemies with generally stronger enemies dropping more Geo. Players spend these at various shops and vendors scattered throughout the world; not just primarily at the starting town Dirtmouth.

Also, we use GEO to purchase charms, pieces of health and soul containers, key items required to progress through the game, and even more.

The game also features two modes of fast travel, the stag, which travels through various stag stations scattered throughout Hallownest, and a few trams that connect some biomes along a straight line.

There is almost no grinding required in the game, except a little bit post endgame to final upgrades; again, a plus point as sometimes grinding is frustrating and hinders the overall experience.

Then, it’s slightly odd for a gamer to decide whether Hollow Knight sets a new threshold or not at this moment.

The endgame section of the game is also quite rich. Firstly, there is a platforming challenge consisting of tight platforming maneuvers through flipping platforms and moving saw-blades and no combat. Health in between these challenges restores with the use of the soul.

It also restores through soul containers present throughout checkpoints in this challenge, showcasing another clever way of using the soul-focusing mechanic.

The pantheon is another endgame section of the game to fight bosses one after another in various exciting challenges.

The kingdom of Hallowest and its history and lore are well written; not told in a straight, upfront fashion. But it is up to the player to delve deeper, digress, and explore the rich Hallownest Kingdom to learn more about its past.

Everything slowly unravels as the player finds and connects cryptic lorestones, messages, and texts from NPCs to form a bigger picture yet somewhat open to interpretation.

One of my personal favorite scenes is of the player escaping the void nearing the endgame, as more and more story is revealed with a backdrop of violins playing, they give it a genuine, eerie yet gripping feeling. If you’re into a game with an epic setting and lore, you’re in for a treat!

There are a handful of gorgeous cinematics throughout the game featuring iconic NPCs and characters. For example, Hornet is a player’s nemesis and, later, a guide.

Quirrel is another NPC who is rather friendly and skilled at his nail. NPCs like the Elderbug, the map selling Cornifer, the nail masters are full of character and at no point feel bland.

Verdict: Hollow Knight Sets A New Threshold Or Not?

Overall, along with already present rich content and a few DLC’s, the game is truly an experience everyone should feel at least once—at a very reasonable price.

Haven’t got the chance to play it before?

Go and get it now! That’s how good it is!

After this detailed review, I have no qualms or doubts that Hollow Knight sets a new threshold for all Metroidvania games to follow and look back to.

This is one purchase you’ll never regret, and the attention to detail with which this game is crafted to perfection easily puts any AAA budget game to a shame. The success of this highly acclaimed game has already spawned a sequel, Hollow Knight Silksong, in development, anticipated to be released this year.

You can stay tuned to our website for further information on the Hollow Knight Silksong release date.

Then comment below referring to games I should review next.

If you’re a developer or a producer, please contact me for collaboration to review your product in my mail.

If you liked the review, then do like and share it among your gamer friends, who I’m sure will find it a worthwhile read!

Also, drop your nice and constructive perspective in the comments box in time. 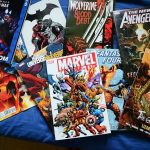 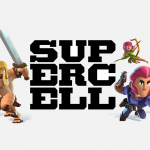