Remember the good old days of GBA Zelda games? I’m sure the old-timers can remember classic hit titles like Zelda: The Minish Cap, Zelda: A Link to the Past, and so on. Phoenotopia Awakening is a 2D action and puzzle video game that heavily draws inspiration from those Zelda titles.

This online action-adventure game also features a top-down view overworld crawling with critters that preemptively jump out to fight you. Although there is no grass to cut or Rupees to collect in this one, let me drive straight into the nuances, good and evil (yes, there are bad ones, too) of the game.

The Rest Which I Have To Say About Phoenotopia Awakening Review

The game is set in a hypothetical world of neighboring kingdoms of Castella and Rhodenia. The player assumes the role of a little girl called Gail, who lives in a village in Castella. Although there is a nice back story, the overall setting of the game is about an alien invasion that kidnaps Gail’s fellow villagers, and now it’s up to her to save them and, of course, the rest of the planet.

Set in a stunningly beautiful 2D pixelated world, Phoenotopia Awakening has that innocent vibe when it comes to its graphics. As the player traverses through the aesthetic kingdom of Castella, they encounter all sorts of beautiful settings, such as the village of Panselo.

Panselo is a peaceful village that also serves as the game’s starting point, introducing the tutorial and some introductory Nintendo gameplay mechanics. As players explore the game, they are introduced to the lush green Doki Forest, the sandy town Atai situated in the Desert region, and the stunning Moonlight Ravine.

Each region has its region-specific NPC’s and monsters. My personal favorite place was Daea City, the capital of the kingdom of Castella. The artwork in it is just gorgeous. A proper city to explore, bustling with life, windmills, and fountains all over the place.

The drastic change in color pallet from lush green to sandy yellow to serene purple is like a breath of fresh air. It prevents the game from feeling repetitive in what is otherwise not a huge or overly complex kingdom to explore.

Speaking about the graphics, as the game is designed for low-end PC’s there is not much to discuss. It features a few effects, such as dynamic lighting and flickering effects, but that’s pretty much it about it.

Phoenotopia Awakening gameplay is where the game falls a bit short, I believe. The gameplay features linear, ability-based progression. Basically, enter a new area and get a unique ability such as wall-breaking bombs, allowing access to the next area.

The exploration, like I mentioned, draws inspiration from the classic Zelda games, and the combat is like any other action platformer with its own nuances.

Hotkeys with dual functions as well

The game features a circular hotkey that can quickly switch between eight items equipped from the inventory. Some of these items can be weapons and abilities or simply food.

Number keys between one to eight can be used to select any one thing at a time to be quickly used at your disposal, which is a nice feature.

Some of the abilities have a dual function: also used as a weapon such as a slingshot, bomb, and javelin.

Excited about fish for food!

Another exciting aspect of the Phoenotopia Awakening is the ability to fish for food. A reflex-based minigame is used to catch fish. Raw food can also be cooked, which is also another reflex-based minigame. Failing these minigames can result in the fish running away and food being burned, respectively.

Not so satisfactory controls and combat system

The controls and combat system overall is where I feel the game doesn’t hold the candle against the usual UI/UX experiences.

The controls are clunky and feel unresponsive or slow many times, a massive turn-off.

There is no feature to change direction while jumping, which is quite annoying during combat. The knockback on getting damaged is high with no invulnerability. It is possible to get hurt by multiple enemies and projectiles by getting tossed from one bullet to another.

Although the majority of the combat can be dealt with the melee weapons. There are several instances where hard-to-reach enemies can only be dealt with by aiming with the crossbow.

Now, the problem is that you can’t move while aiming, making you a meatball for enemies to smash at. This would not be an issue if the combat was slower-paced, but it retains its fast pace with no regard for player mechanics.

Phoenotopia Awakening gameplay also features a stamina bar for weapons like the crossbow, which feels like a hindrance even with a decent number of stamina upgrades.

Phoenotopia Awakening, unfortunately, has gone for the latter. The combat system is poorly designed. It feels as if it has been forced into what would otherwise be an overall very decent puzzle platformer.

Collectibles in the game

Another slight issue is the ability to knock back collectibles when destroying crates with your default melee weapon, the bat. This can sometimes knock the collectibles right out of the gameplay screen, forcing you to come back and repeat the steps or redo the puzzle you had to do to reach that collectible.

With all the criticism about combat on my Phoenotopia Awakening review so far, let us look at where the game shines: the amount of content it offers.

There is a considerable deal of content within the game. There are a vast number of life and stamina upgrades to collect. Other collectibles are the Phoenotopia Awakening moonstones, used as a currency to unlock teleporters and upgrade weapons. They have a few similarities with Heart Rubies as well.

Although not huge and complex like regular Zelda games, the map has its fair share of hidden nooks and crannies, places to explore, and worth checking out.

The game also has a ton of achievements to unlock. Most of them being about completing goals such as the maximum number of life and stamina upgrades and all moonstones collected.

There are a massive variety of puzzles scattered throughout the game, none of which are overly complex. Some of them require abilities, while some of them require slightly out of box thinking. So, there is indeed a certain amount of enjoyable backtracking in the game.

There are many, many NPCs to talk to in Phoenotopia Awakening. This is one aspect which is very nicely done. None of the conversations feel bland or redundant. The NPCs really bring a location to life. Many of the NPC’s offer a quest or challenge which can be completed for rewards such as a life upgrade, stamina upgrade, or a moonstone.

With so much content in the game, a player can easily put in more than 20 hours and still not finish the game.

Verdict: Should You Play This Game Or Not?

Phoenotopia Awakening is an attractive, fun game. It hits those soothing notes about pixelated games. That being said, you should play this action/adventure Nintendo game if you have some time to kill. But I wouldn’t say it is a “go and get it now” kind of a game.

If you liked this Phoenotopia Awakening review, share it with your gaming friends and spread the news. 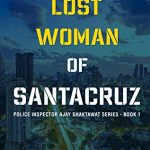 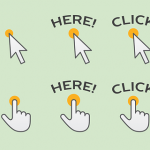