We all have a celebrity or two we admire secretly. But once in a while, these celebrities turn out to be something we might not have thought about. So, through this blog today, we focus on the top shameless celebrities of cinema around you. Be surprised to read their stories as were we. But we are sure; this blog will be highly entertaining for you all readers out there.

Here is the list of 7 shameless or naughty actors who were caught fighting, drinking, consuming drugs, and also domestic violence, in no particular order.

The Crazy List Of Shameless Celebrities Of India And Beyond Is Here!

The Two and a Half Men actor became one of the highest paying celebrities for his role in the TV show at $1.25m (£830,000) per episode. However, his character, a hedonistic, womanising alcoholic, wasn’t far from his offline life.

The 90s were a bad year for Sheen as his life became tabloid news. He was arrested in 1995 for cocaine use and admitted to having sponsored a brothel run by “Hollywood madam” Heidi Fleiss.

He can be considered one of the mean celebrities as he confessed to battery charges against his then-girlfriend Brittany Ashland. He was on probation for a couple of years, but soon he was back into rehab due to a deadly overdose.

He remarried Brooke Mueller in May 2008, but in just one year in December 2009. He even got arrested for assaulting and giving her death threats. Now, this is something that bags him into the top list of the shameless celebrities instantaneously.

Due to his actions and wrong publicity, the production of Two and a Half Men came to a sudden stop. Since he didn’t mend his ways, Ashton Kutcher replaced him.

In 2011, he was positive with HIV, and his friends back then threatened to expose him. A prostitute also took a picture of his medicines and blackmailed him for money.

In 2015, he came out and admitted to being diagnosed with HIV publicly. Recently, Sheen’s name flashed in the news again in the rape accusation case put forward by Cory Feldman.

Feldman accused him, being one of the shameless celebrities, of raping his friend Corey Haim. They were co-stars in the 1986 movie Lucas. At that time, Sheen was 19 years old, while Haim was just 13.

Although Sheen has denied all accusations with his impulsive history, we can only wonder if anyone of this was real or a mere publicity stunt.

Charlie Sheen has recently celebrated a whole new anniversary for giving up smoking!

He is one of the notorious, bold, yet shameless celebrities who has been in the Bollywood industry for the wrong headlines.

We all know about when he broke the law and killed two blackbucks during the shooting of his blockbuster movie, Hum Saath Saath Hai.

This isn’t the only time he was found guilty of breaking the state laws. His previously rumoured girlfriend, Aishwarya Rai (Bachchan), claimed he would mentally torture her. He would harm himself if she didn’t pick up his calls and get physical with her, but was careful not to leave any marks on her.

She claims to have suffered verbal, physical, and emotional abuse at the hands of Salman. He has also been famous for his long-term rivalry with Shah Rukh Khan, the King of Bollywood.

They got into a fight in 2008 after Shah Rukh commented on Salmaan’s ex-girlfriend Aishwarya. This led to them not talking to each other for years before having extended the peaceful olive branch just recently. Though, it’s all sorted a long time ago already.

In 2003, Vivek Oberoi held a conference where he bashed Salmaan Khan for calling him 41 times and threatening to kill him after getting drunk. This was possible because there were rumours about Vivek dating Khan’s ex-girlfriend Aishwarya.

Surprisingly, Vivek’s career got over just after the conference. Salmaan Khan even fought with Arijit Singh in 2014, when Arijit made fun of his poor hosting skills.

This led to the removal of Arijit’s songs from Kick and Prem Ratan Dhan Paayo. Now, let’s not forget his infamous hit and run case, which involved Salmaan’s driver.

Some people say it was Salmaan who was drunk, being as usual one of the topmost shameless celebrities. He drove his SUV and ran over sleeping people on the pavement. Though, other speculators say it was his driver who should be held responsible.

A lesser-known actor in Bollywood actor became famous and got tagged as one of the mean celebrities after the rape accusation in 2009.

He tried to come off as being innocent and having ‘consensual sex’ with his maid, who was just 18, while Shiney was 38.

He had to go through the imprisonment of several years by Mumbai Court. He became the butt of the joke following his conviction.

Most of them were trending on Twitter and WhatsApp. However, it is interesting to know that his wife defended him and called him innocent even after he was guilty of having sex outside marriage.

Some of the famous jokes are –

He has starred in movies like Gangster and Bhool Bhulaiyaa.

A respected Hollywood actor with lots of topnotch movies in his bag also had a shameful past. Because of this notorious past, Brad Pitt has landed up in the top list of shameless celebrities around the world—you would find it hard to forget.

In the 1980s, he had sex with Mike Tyson’s wife (now ex-wife) Robin Givens. At that time, the boxing champion was in the process of divorcing her.

Tyson reportedly said that Brad Pitt was cold faced when he saw him. He often narrated people to see Brad Pitt face in such situations. Pitt was not famous yet and only had a guest spot on shows like 21 Jump Street.

He is also infamous for the Jen-Brad-Angelina Love triangle, which became and is probably still the biggest entertainment scandal of all time.

In 2005, he reportedly cheated on his five-year marriage with Jennifer Aniston with Angelina Jolie after co-starring together in Mr. and Mrs. Smith. Just one month after Aniston filed for divorce in 2005, Pitt publicly started dating Jolie.

Now, we can even say that he was a serial dater for sure.

In 2016, the FBI investigated him for a reported assault on his 15-year old son Maddox during a flight.

He came out to be innocent and didn’t face any charges, yet the incident seemed to be a propelling force for his divorce with Jolie in 2016. The divorce broke many hearts as everyone considered “Brangelina” to be a dream couple across the globe.

He has no upcoming movies currently. He was in the movie named Once Upon A Time In Hollywood (2009) with Leonardo di Caprio.

But he is acting as an executive producer for Kajillionaire and Irresistible.

The star of the TV show Keeping up with the Kardashians is no stranger to controversy that lands in the shameless celebrities list. Her most significant fame has been the sex tape she and Kanye West released together.

She was accused of disrespecting the black culture when she darkened her skin for her KKW makeup line. Although she said it was just tan, pictures clearly show otherwise.

She dressed up as legendary R&B singer Aaliyah for Halloween 2017, making the netizens angry as she was not a black woman and couldn’t represent a black person.

Her first marriage with Kris Humphries lasted only 72 days. Rumours say she only did that so her TV show could gain more popularity.

Despite her being one of the prominently bold and shameless celebrities, she keeps herself engrossed in her family, Twitterati family, and Instagram pictures. Recently, she has turned a redhead. Her photographs are alluring and eye-catching.

No list of latest or forever shameless celebrities is complete without Kanye West in it. In 2009 during the MTV’s Video Music Awards, he interrupted Taylor Swift’s acceptance for the Best Female Video, declaring Beyonce to be a more deserving winner.

He debuted at the Paris Fashion Week, designing clothes for women, critiqued and that too harshly.

He and Kim Kardashian made it to the Vogue cover, which raged critics and ended up threatening them to cancel their Vogue subscription with the magazine losing all its credibility.

He had his laptop stolen in Paris. It was a rumour that he received extortion for the sex videos in it. Finally, he revealed that he had to pay $250,000 to get it back.

He once again insulted Taylor Swift with his song – Famous. He later on even tweeted that Swift gave an OK to the lyrics that spoke badly about her, while Taylor herself denied the same statement.

The song gained more controversy when he released the video. It had him and his wife sleeping next to naked statues of various celebrities like Swift, George W. Bush, Donald Trump, Anna Wintour, Rihanna, Chris Brown, Ray J, Amber Rose, Caitlyn Jenner, and Bill Cosby.

Some celebs were cool with it, while others had issues. He has also been involved in controversies during his meeting with Donald Trump.

He has recently announced his intentions to run for the presidential candidature of the United States 2020. Twitterati is already going berserk about it.

The most asked question right now on every social media platform is:

Can you imagine Kim being the first lady?

The transformation of the famous Baby hitmaker from a clean, innocent teen to a controversial young man was incredible. He was infamous for his on and off relationship with his ex-girlfriend Selena Gomez for a long time.

As he grew up, the scandals grew too as he got involved in drugs, parties, cars, and women. In various instances, he consumed drugs like cocaine and partying hard with his friends in fancy VIP LA clubs. He is also tagged as one of the awkward and shameless celebrities for indecency.

“Anne was a great girl. Hopefully, she would have been a belieber.”

He also had to apologise to the then-President Bill Clinton for defacing and shouting – ‘F#$# Bill Clinton!’

He fought in clubs and disobeyed authority multiple times. So, we can say that Bieber is a force that you cannot mess with. Well, after all, he has grown overnight from his Baby fame. But the popularity was also filled with most of the hatred because of his baby voice.

Paparazzi witnessed him exiting a very expensive brothel. He has also been in a scandalous film, and then he was caught sleeping with a mysterious woman who later described him as – ‘Good in bed.’

Bieber has been charged numerous times for misconduct and troubles with the police.

Being one of the popular shameless celebrities is not easy. Nobody wants it. It somehow happens out of whim or a bad attitude. That’s the case with Bieber here. He has carefully denied the assault charges against him back in 2014.

Have you found this blog for the top 7 shameless celebrities of India and beyond interesting? Then hit us up with a comment of yours.

Let us know what you think about the glamour world. Do you think being a celebrity is an issue? Or can you efficiently work up the ladder without being in massive controversies ever? 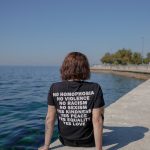